Don't play with fire: your guide to a safer bonfire night 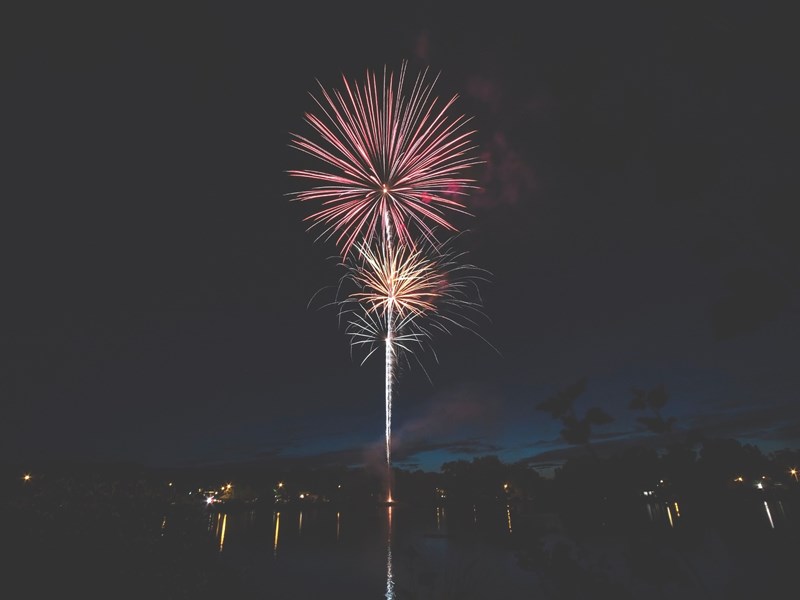 The safest way to enjoy bonfire night is to attend an organised display. Home bonfires and fireworks can cause incidents and injury which can put pressure on the emergency services.

Tips for a safer bonfire night

Go to an organised professional bonfire and fireworks event

It's much safer and more controlled to attend an organised fireworks display. Most people's gardens are not suitable or big enough for fireworks or bonfires.

If you must have an event in your garden, read our safety advice

Store fireworks safely, and keep fires and fireworks well away from anything that could burn, such as sheds, fences and your home. Keep a bucket of water or a hose nearby, and never leave anything unattended. Read our firework safety guidance.

Let your neighbours know about your plans

Please also let your neighbours know if you’re having a bonfire or fireworks so they don’t think it’s an emergency and call us unnecessarily. Be mindful that thatch properties are extremely vulnerable to catching fire from bonfire embers and fireworks.

Let the fire service know about your bonfire

Most of the incidents we attend on bonfire night are false alarms. Let us know whenever you’re having a bonfire by calling our non-emergency number on 0333 399 0014. This is so we can avoid sending out firefighters to controlled bonfires when they’re not needed.

Four year old Maisie was badly burnt by a firework from her garden. Her mother Stephanie is raising awareness of the dangers of having fireworks at home and is asking parents to take their children to organised displays. Watch our 10 minute video.

Read a transcript of the video

On bonfire night in 2016 four-year-old Maisie was burned by a stray firework. The incident took place at the family home and was filmed by a home video.

[Fireworks are seen going up and banging. Then one doesn't go up. It shoots across and then you hear a scream]

"Yes, originally we were planning to go to our local pub for an organised display. On that day, Scarlett our middle child wasn't very well.

I said to my husband it's not worth dragging them all out and we'll just have some hot dogs and a bonfire at home and they'll be fine. It was five-ish and we went out and I said we'll do the fireworks first and then after the fireworks, the kids can have hot dogs and stuff.

And they were these tiny, silent fireworks because of the sheep and the horses and stuff. Five flares went up. One, two, three, four, bang well not a bang but they exploded into pink in the air and then there was like a pause, and I remember my mum saying is that it? And with that, it was almost as if a firework exploded in the ground and the fifth flare just shot horizontally across the field.

Everybody started screaming and because I was stood a little bit back away from my mom and the kids I didn't realise at first what happened. It wasn't until I saw the flames that I realised that it got caught in Maisie's scarf and then exploded. Her scarf had caught fire and I was screaming, the kids were screaming.

My husband is a very practical man and he had a bucket of water next to the fireworks anyway in case any of them didn't go off and he just ran and he threw the water over her. It's like you see on the telly sometimes but everything's happening around you and it goes silent and I was just screaming.

I felt like the worst parent in the world ringing an ambulance on bonfire night because my child had been burnt.

When we got into A&E, the doctor was trying to look at her and she started to get really terrified of people touching anything near. I remember them taking her clothes off and that was the first time I'd seen it. When you burn yourself when you first see it, it doesn't look
that bad. It was very light, it was almost white and pink and I remember looking at it and thinking that doesn't look that bad. And the consultant looked at her and he said to me this is serious, you know some of these are full thickness she needs to go to Bristol. I remember thinking then this is bad.

We put her in the car and I held her on my lap and you know she was wrapped in bandages and they'd given her more morphine. Jake drove us up to Bristol Children's Hospital, and because she had the discharge letter from Barnstaple she went straight through A&E, and into the specialist burns unit that is attached to the high dependency unit. I think there were four beds. I remember her lying on the trolley in this assessment room.

It's just machines everywhere and she was lying on the trolley and they'd stripped her completely naked to have a look at her. And she just looked so tiny and so terrified.

They said we're not gonna do anything tonight but she'll need to go into theatre tomorrow.

So they gave her more morphine and she went into what would become her room for the next 10 days. The nurses came in every hour to check her temperature. It wasn't until the next day when it became apparent that the burns were never gonna kill her but if she got an infection, that could have been an entirely different story. So they said to us they said we need to properly assess her burns which means putting her in the bath and washing them.

I remember the nurse in charge saying to me, this is not gonna be nice. She is gonna scream and you don't have to be there, but you know there was absolutely no way that me and Jake were gonna leave her.  So we went in with her and the two nurses were holding her and they were trying to wash them, and I've never ever in my life heard a child scream in pain like that. I was stood by the door and I was adamant I wasn't walking out that door I was gonna stay.

She's four, and she's just quite small anyway and she was struggling so much that in the end, me and Jake had to hold her down so that they could do it and she screamed and she screamed. And then they redressed her and she went back into her bedroom and I remember the nurse saying to me, we are gonna have to do that every day. The surgeon came around to have a look at her and he said I don't want to do anything yet, I want to wait and give her a few days to see what the body does itself before we take her into theatre.

The next few days were a kind of a blur. For a week, she was in and out of theatre having her burn scrubbed and it became apparent very quickly that the whole bath situation was not going to work because it was so painful. Even with all the pain medication.

So they were taking her into theatre because it was in her best interests and I think over seven days she went in for five different operations. It got to the Friday and she was supposed to be reviewed on the Monday, but it was my dad's funeral on the Saturday, so I said to the doctors, I have to go. Jake has to go, my mother-in-law was coming down to stay with her, and it was a horrific, awful situation.

You know I couldn't not go to dad's funeral but leaving your four-year-old child in hospital is every mother's worst nightmare really. Then I remember the consultant coming back a couple of hours later and he said to me if you promise that you'll wrap her in cotton wool I will temporarily discharge her after that weekend. So we brought her home and obviously, the entire family are here because it was the funeral.

It was lovely having her home but it did get to Sunday when we had to take her back and when she was booked back into hospital it was a bit like it's not my job to keep her safe right now. It's up to them again. On Monday they said we need to give her a skin graft. They said they would take it from her right leg. She came out of theatre that day she was just hysterical. My leg, my leg, my leg, my leg. It was just like we've kind of gone back. We felt like we were taking two steps back.

When they checked it for the second time, I remember him saying to me the grafts haven't taken. We'll have to take other side of the leg as well and you know your heart sinks. How many times do we have to go back to that place where she's in so much pain? Thankfully the second lot of grafts took and then they did have to take a third graft but that was only to patch up the bit under her chin.

Eventually, I think it was about two weeks, she was properly discharged. And then for the next two weeks, every two days, a team of nurses would come round and we would have to hold her in the bath and they cleaned all her burns. And she would scream and she would scream and she would scream. Jake used to have to come home from work just to hold her. I think it was about six weeks after it happened that her bandages came off. But she wasn't allowed back at school, she didn't go back to school until January. But she was bandage free and everything had started to scab over and you know it was kind of getting back to normal.

Now, once a month she goes to Bristol she's reviewed by the consultant. As it is at the moment, they're quite happy with how everything's healing. She's got some raised bits on her shoulder where the body over- healing but they've said that for two years they leave them so the body can heal itself before they look into any kind of laser therapy etc.

I think, if there's any message to come out of what's happened to Maisie it is that even if you are following the guidelines completely things can go wrong. Things can go so terribly wrong and what happened to Maisie was a horrific accident but she suffered so much and you know she is gonna be scarred for life. It is never, ever worth that risk when you can go to a professional display and watch these beautiful fireworks and be completely safe. I would just say, don't risk it, don't do it in your own garden."

Bonfires may be fun, but they can be dangerous. If you are having a bonfire this year, follow our simple tips to make sure you and others are safe.

“Bonfire night and the days surrounding it are notoriously busy for the fire and rescue service. Attending bonfires can cost us life-saving minutes in getting to a house fire. We need our firefighters for real emergencies. By attending an official display, you can help ensure that our resources aren’t delayed for someone who really needs our assistance.”