Chi Chi the dog comes to the rescue 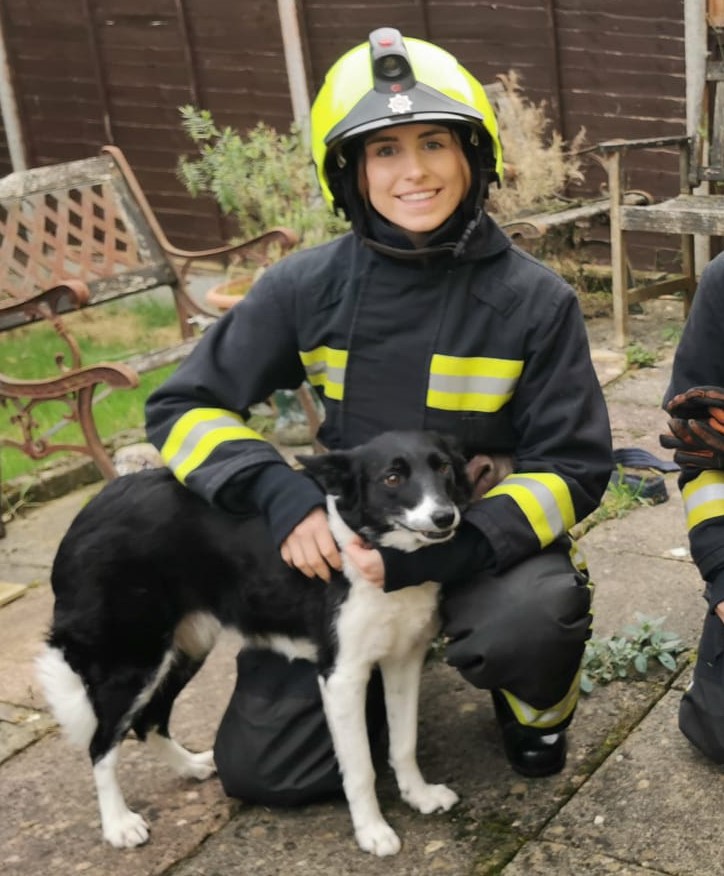 Find out how brave little Chi Chi helped us

This winter, a potential disaster was averted with help from Chi Chi the dog (pictured), our Service and Careline South Somerset.

Firefighters from Yeovil Fire Station were recently mobilised following a call to fire control from a Careline alarm sounding at a property in Yeovil. A smoke detector had been activated and the occupier, Mr Green, had initially answered the call when the Careline operator rang but they soon lost communication with him.

Within six minutes, our crew was on scene and investigating. They could hear the alarm but were unable to establish contact with the occupant inside. With curtains drawn the crew could not see inside but could hear a dog barking. They tried the front door, but it wouldn’t open. As the crew looked for another entrance, they heard a “click” and the front door opened.

The crew went inside to find a man collapsed on the floor in the kitchen whilst a fire was beginning to take hold on the cooker. They contacted the ambulance service, whilst extinguished the fire and ventilated the property.

Firefighters then carried out first aid and stabilised the casualty until paramedics arrived.

It wasn’t until later in the incident that they discovered that Chi Chi (Mr Green’s dog) had managed to open the front door and let the crew inside.

“Having monitored detection in people’s homes means the fire service are only minutes away from providing lifesaving assistance. This is a real success story and highlights the importance of joint working between Careline and the fire service. Careline’s system, combined with the speed of our crews getting to the incident, saved Mr Green’s life. The cherry on the cake, however, was Chi Chi letting the crews in before they had to force entry to the property.”

Chi Chi and the crew 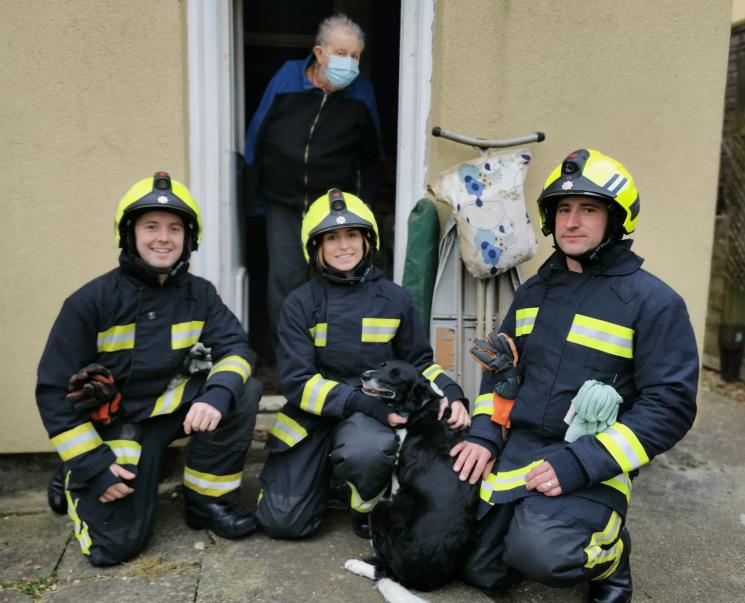 “The Careline service is operated by South Somerset District Council and the partnership with Devon and Somerset Fire and Rescue Service has been working successfully for a number of years. As part of the partnership, Careline South Somerset customers are referred to the fire service for a free home fire safety visit. During these visits, fire alarms are provided. These fire alarms link directly to Careline so the recent incident is an illustration of just how effective our partnership is."

What is a home safety visit?

We provide free home fire safety visits to residents. We will arrange for one of our friendly Home Safety Technicians to visit and have a conversation with you about fire safety in the home. We can also provide free specialist equipment. The visit takes 45 minutes and could save your life. Read more about home safety visits.

What to do if there's a fire in your home