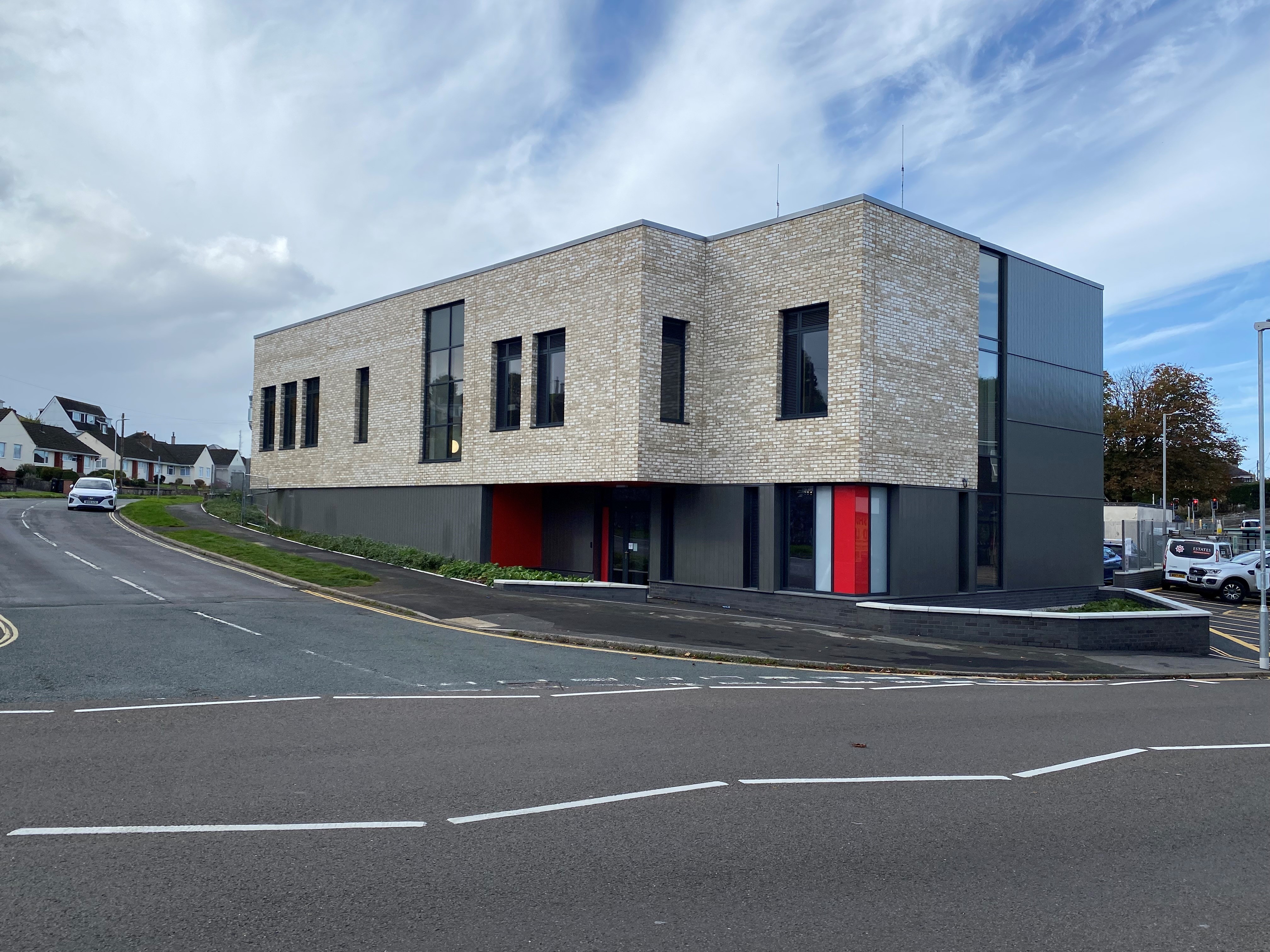 The brand-new £2.3 million fire station at Plymstock has been formally opened.

The new fire station was built on the same Dean Hill site as the former station with the crews responding from a different location during the construction works.

The two-bay fire station will help to protect the growing community at Sherford and Saltram Meadow as new homes, schools, leisure facilities and workplaces continue to be built in the local area.

The modern building will be energy efficient, with a solar photovoltaic (PV) array on the roof, enhanced heating, and is almost entirely naturally ventilated. The design also complements the local architecture.

The new station has a glazed front that opens up the building to the street, allowing passers-by to see inside.
Group Manager Simon Carey said: “We are delighted that our crew are now responding from a much improved, modern fire station.

“We’re really pleased with the facilities now available at Plymstock and I believe we now have one of the best fire stations in the Service.”

The new fire station will:

•    enhance, reflect and complement existing architecture
•    be better placed when considering the functional requirements of a modern fire station
•    incorporate enhanced building design and layout, including consideration of sustainability which will minimise energy use and reduce the carbon footprint.

Plymstock Station Commander Neil Willmott said: “The old one-bay station had become very worn out and had always been a challenge being spread out over three different buildings.

“The new two appliance bay structure will future-proof the station with the continued expansion of the local community. The improvement in facilities for our on-call crew will enable us to complete more training at the site without having to train at other locations.”

The Plymstock crew have operated the Service’s fireboat Vigiles and its predecessors from the river Plym since the 1960s.