Our executive board set the direction and strategy for the Service and ensure we are delivering an effective and efficient service for the communities we serve.

Lee Howell has been Chief Fire Officer (CFO) for Devon and Somerset Fire and Rescue Service since 2009. Prior to this, he was CFO and Director of Public Protection in Suffolk (2004).

Lee said: “It is an immense privilege to be the Chief Fire Officer for Devon and Somerset Fire and Rescue Service. What we do makes a real difference to the lives of so many people and we don’t take that responsibility lightly. I am very proud of our achievements but I also know that we have more that we need to do. We strive to continuously improve our prevention, protection, and response services and in doing so aim to become more effective and efficient in the process working through our people who are our greatest asset.”

Lee has held roles as the President of the Chief Fire Officers Association (2011-12) and Chief Fire and Rescue Advisor and Inspector for Wales (2013-15). In the latter role, he reviewed business continuity arrangements for the three fire services in Wales on behalf of the Welsh Government. He presented an efficiency review and managed the Government’s preparedness and response to a national industrial relations dispute.

For over 10 years Lee has been a trustee of the UK Firefighters Memorial Trust and is currently the Deputy Chairman for the Trust. Until 2019 Lee chaired the UK Arson Prevention Forum bringing agencies together who were interested in or had responsibility for arson. He also drafted arson-related ‘State of the Nation’ reports to Ministers and other key stakeholders. This raised awareness of deliberate firesetting and assisted agencies in reducing its effects. He established and chaired the Joint International Fire Board, working with the Department for International Trade to develop an International Fire Export ‘Offer’, supporting UK business to trade overseas.

In April 2019 Lee returned to Devon and Somerset after a 14-month secondment to Avon and Somerset Police. Here he led a Home Office police transformation scheme bid to use data and analytics thus reducing demand, threat, and harm within a multi-agency model.

In 2019, Lee was the first fire service officer to complete the strategic command course run by the College of Policing.

Lee is married with two children and lives in Devon. He enjoys rugby union and surfing. 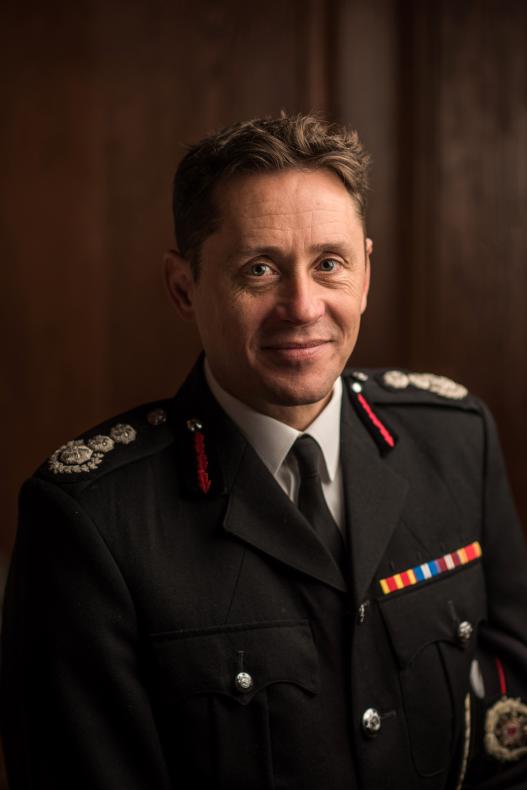 Gavin joined Northamptonshire Fire Service at age 19 in 2000 before transferring to Devon and Somerset Fire and Rescue Service in 2010 as Station Manager. Between 2011 and 2017 he was promoted to Group Manager and worked in a variety of roles across the Service. In 2016, Gavin was seconded to lead a team that reviewed and produced an external report on the Royal Clarence Hotel fire in Exeter.

In 2018 he was seconded to the newly formed Her Majesty’s Inspectorate of Constabulary and Fire and Rescue Services (HMICFRS). As Chief of Staff, he successfully led dedicated teams in delivering the first round of these independent inspections. Gavin returned to Devon and Somerset in January 2020 and held the Area Manager Service Delivery Role from Feb 2020 until July 2020 when he was appointed as Assistant Chief Fire Officer, Director of Service Improvement, with key responsibility for driving service performance and preparing the launch of the 2022/2027 Community Risk Management Plan (CRMP).

In March 2022 he was promoted to his current role.

Gavin is committed to leading the organisation through future challenges and driving professional standards forward to ensure the best service is delivered to our communities. His key priorities are organisational performance and cultural transformation. 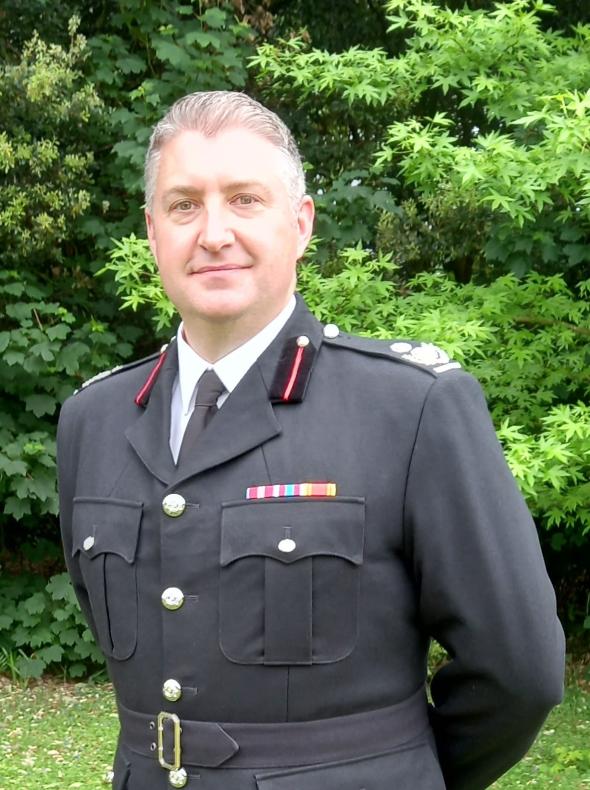 Pete Bond is Assistant Chief Fire Officer and Director of Service Improvement. Throughout Pete's career, he has been determined to ensure that the safety of our communities and the fire and rescue staff that serve them is paramount both in delivering and improving the Service.

Pete joined the Service in 1997 as a Firefighter and Supervisory Manager at Ilfracombe, Barnstaple, and Danes Castle stations before being promoted to Station Manager focusing on fire safety. In 2009, Pete was promoted to Group Manager in charge of Fire Control, before transferring to North Devon as Group Commander.

Pete then joined the Service Development Team at headquarters working on change projects. He was the Area Manager in charge of strategy and business change before being appointed to his present position.

Before the fire service, he worked in financial services and studied at the University of Exeter. In his spare time, Pete enjoys watching rugby and working on DIY projects. 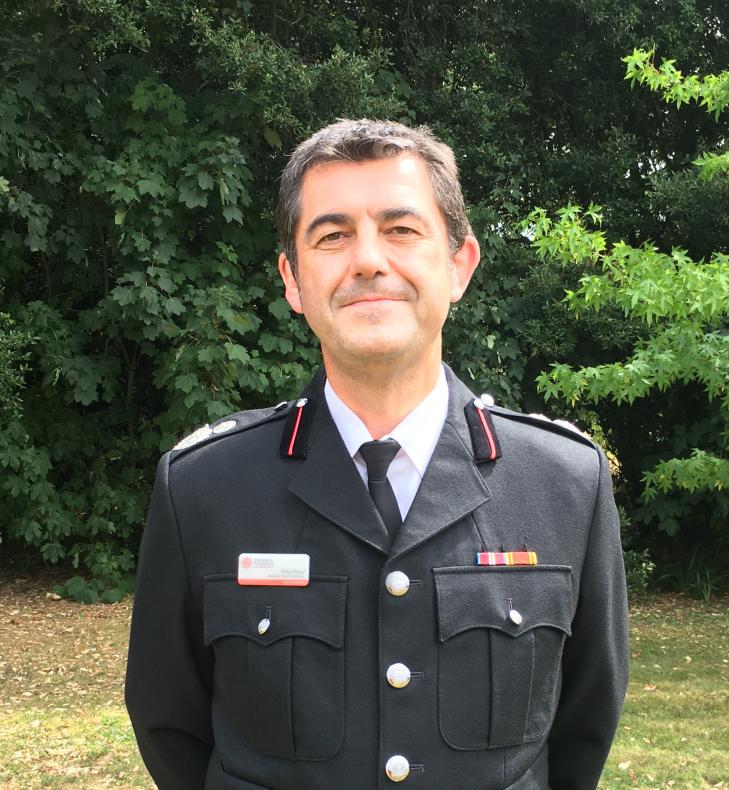 Gerald Taylor is Assistant Chief Fire Officer and Director of Service Delivery. Gerald joined the Service in 2007 as an on-call firefighter in Kingsbridge, and then on a wholetime basis in 2010 as part of a UK-wide pilot developing high potential leaders. Before this, Gerald had worked in leadership roles in the public and private sectors within the public transport industry, primarily rail.

Gerald’s work experience before joining the Service has helped during his secondment as interim CEO for the Service’s trading arm Red One Ltd, and his appointment in 2021 as the National Fire Chief Council Lead for Rail.

Gerald has had several roles within the Service, including leading the on-call team in Kingsbridge, working with the Service’s data analysts, as a station manager within the Learning and Development team, Group Commander for South Devon, and Service lead for collaboration. Gerald also led the regional response to the pandemic in arranging for firefighters to drive ambulances across the southwest 15 days after the Service received the request from the ambulance service. Before becoming Assistant Chief Fire Officer, Gerald was the Head of Response and Partnerships leading our operational response from the teams based at our 83 fire stations.

Gerald is a strong advocate of providing excellent customer service and believes this applies to a fire and rescue service as much as any other industry.

Outside of work, Gerald is a passionate football fan enjoying not only the ups and downs of Norwich City but is a regular at Home Park cheering on Plymouth Argyle. Gerald also loves music and consequently enjoys leading the Service’s response to the Glastonbury Festival.

Gerald believes that the Service’s biggest challenge is to have a more diverse workforce and would encourage anyone reading this to consider becoming an on-call firefighter! 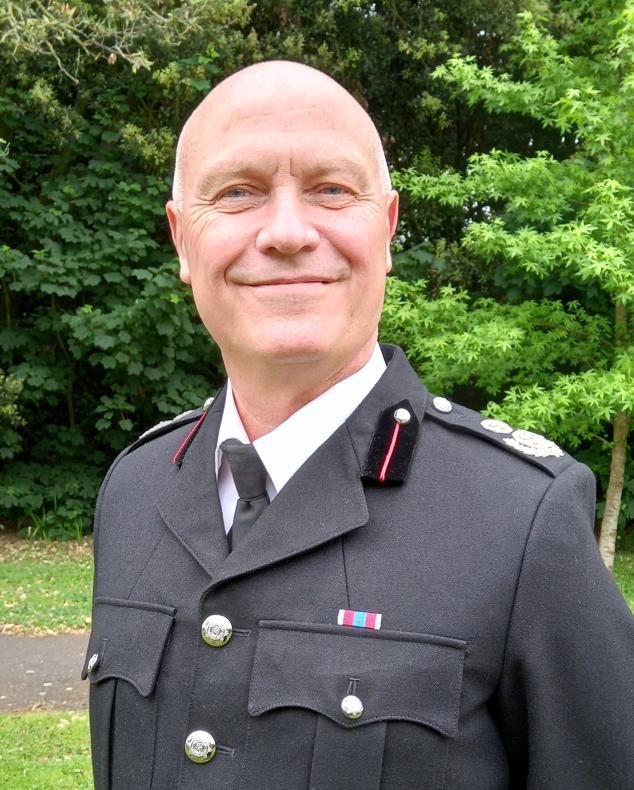 Mike Pearson is Director of Governance and Digital Services (and Clerk to the Fire and Rescue Authority). He is responsible for a range of key support functions including ICT, organisational assurance, and democratic services helping to successfully deliver an efficient front-line operational service.

With a keen interest in lean systems practices, Mike is passionate about continuous improvement, bringing over 40 years of experience from working in local government.

As Clerk to the Authority and Monitoring Officer, Mike is jointly responsible with the Chief Fire Officer and the Treasurer for ensuring that the Authority makes decisions on a sound legal basis. Mike is also the Authority's Senior Information Risk Owner responsible for developing and leading a culture of good information management. He has ownership of the overall information risk policy and procedures and advises the Executive Board.

Mike's career began with the fire service in 2004 when it was part of Somerset County Council. He has been a senior manager with the Service since Devon and Somerset merged in 2007. Mike is a Fellow of the Chartered Management Institute.

Mike has previously held the lead role in national procurement, working with HM Government and other partner agencies delivering savings opportunities for all English fire and rescue authorities. 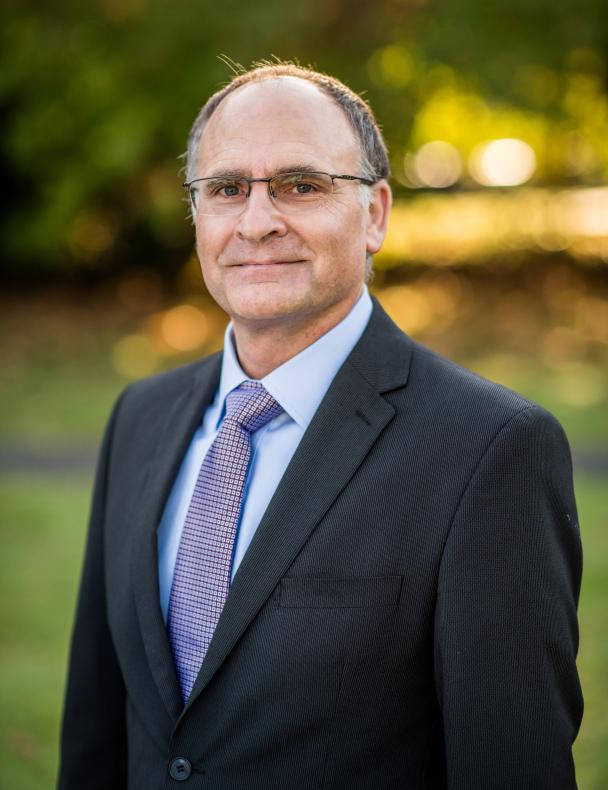 Shayne Scott has been Director of Finance,People and Estates (Section 112 Officer) to the Fire Authority since July 2021. Shayne ensures financial rigour for the Service providing the Fire Authority and the Executive Board with accurate, timely, and detailed financial information. He has a strategic overview of the authority’s finance, estates, and people and culture departments.

Shayne joins the authority from the Department for Education (DfE) where he spent eight years in various finance roles. Most recently he was the Deputy Finance Director with responsibility for financial management covering the schools’ rebuilding programmes across England and the department’s corporate services functions. Prior to the DfE, Shayne worked for the Foreign, Commonwealth and Development Office, Arts Council England and the Cayman Islands Government.

Shayne adopts a people-centred approach to his leadership and firmly believes that efficient and effective public services are best delivered through a highly engaged and diverse workforce. Underpinning this is his drive to secure value for money for our taxpayers and further build on the existing financial and commercial rigour which exists within the Authority.

Shayne is a Chartered Public Finance Accountant and holds undergraduate and postgraduate degrees in Business Administration and Management respectively. 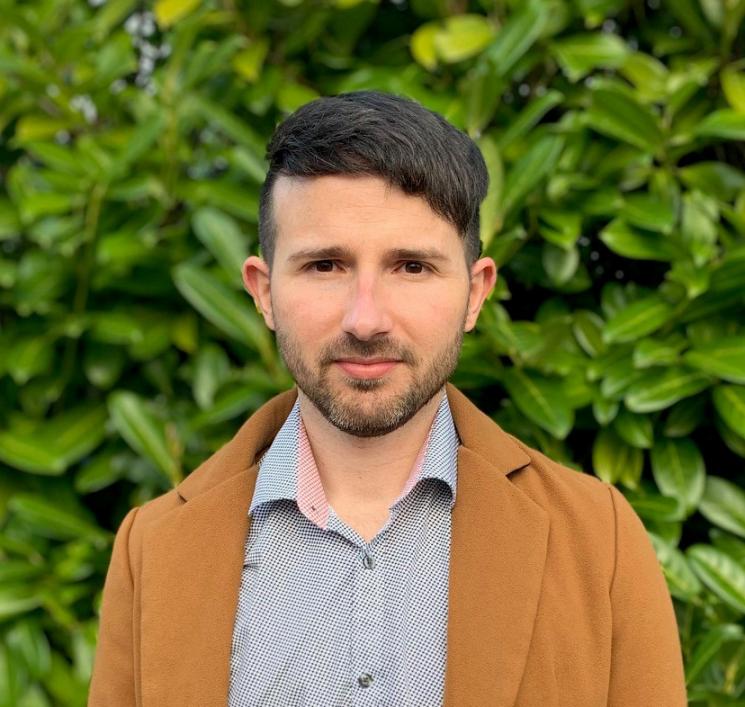 Ranks and roles in the Service