Working with partners as one team to fight Covid-19 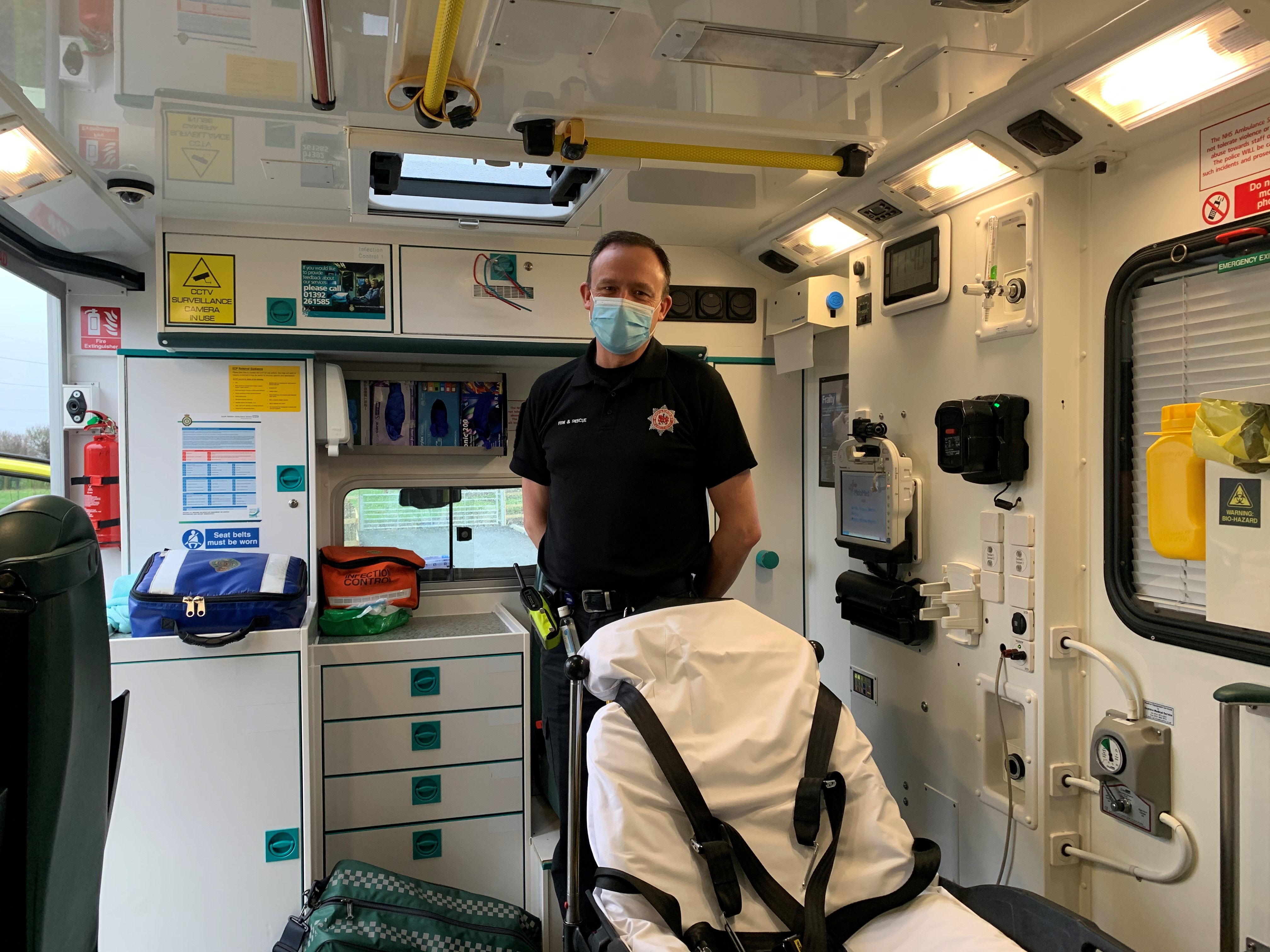 The pandemic has seen many of us take new directions, and our firefighters are no exception. When given the opportunity, many stepped up to help our partners, including Devon County Council (DCC) and South Western Ambulance Service Foundation Trust (SWASfT), taking on new roles and challenges to help protect our people.

Teaming up with DCC means that our firefighters have been out and about in community testing units providing the public with asymptomatic Covid-19 tests in congregation points (such as supermarket carparks). It’s a role which has evolved with the pandemic, and our very own Policy Procedure Manager - who started as a firefighter with us in Kingsbridge - Richard Noyce can explain this. Richard is a testing van supervisor in his role with the Council.

“Our work isn’t just carrying out testing. We’re issuing home test kits as well now, and educating the public,” he shared. “On top of this, there’s a lot of questions from people around vaccinations that we have to answer, or people who are anti-vaccination to deal with too. It’s all become part of the role.”

Despite the difficulties, there are many great moments. Richard told us how good it is to see so many people caring, from young, to old, to homeless people too. There’s no stereotypical person who comes to get tested.

Crew Manager James Webber is also a supervisor. He had lots of positive things to say about partnership working.

“Working together and building relationships with numerous organisations can only be positive. The opportunities it’s given us as a Service are a massive bonus too,” he noted. You can read James’ story for more details around testing.

We’ve also been teaming up with our partners at SWASfT, where our firefighters have been getting behind the ambulance wheel. Kevin Stanton from our fire station in Dawlish, and trained casualty care instructor, can attest that it’s a lot more than just driving though.

“One minute I could be helping an elderly person who has taken a fall, the next I could be performing CPR to save someone’s life.” Read Kevin’s story to learn more about the journey he’s been on throughout this role.

Our crew manager at Dulverton, Robert Partridge, is another one of our own who took on an assisting ambulance role.

He once attended a call to help a woman through a miscarriage, which was devastating. Some months later, he was helping another patient when their pregnant daughter arrived. It was the same woman as before. She hadn’t lost the baby in the end and told Robert how she’d never forget the firefighter who held her hand throughout such a traumatic time.

It’s moments like these, and the many highlights amongst the hardships, that show just how wonderful partnership work is. We’re so thankful for our firefighters, and others like them, who stepped out of their comfort zones for the benefit of keeping others safe, and for our partners for standing with us as one team to fight back against Covid-19.

Pandemic brings firefighter and paramedic together