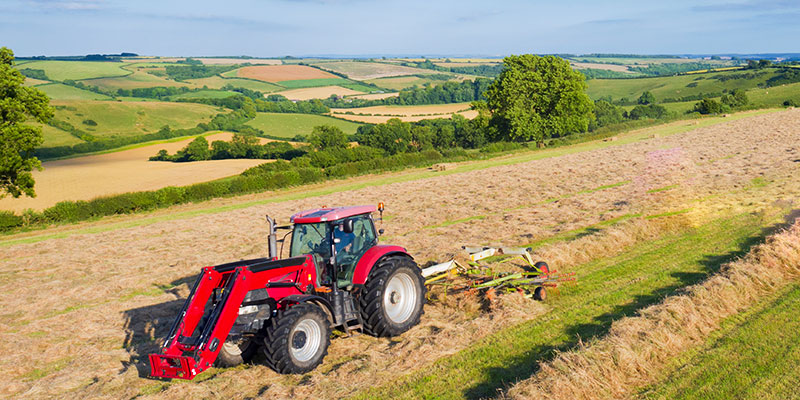 You may be surprised to read that wet hay poses a higher fire risk than dry hay. If hay is put into a barn or stack when it is wet, the hay can spontaneously combust.

At what temperature can hay spontaneously combust?

What’s the science behind it?

Hay bales or stacks with high moisture levels (more than 22 percent) can have chemical reactions that build heat. Hay has insulating properties – so the larger the haystack, the less cooling there is to offset the heat that is building.

Why are barn fires more likely at the moment?

Usually, hay is cut in summer during dry weather, and left to dry further before being made into bales to store in barns for animal food.

The recent showery weather has meant that farmers may not have found a dry period to make hay. Therefore, they may have been forced to cut and bale wet hay.

Hay fires are most likely within six weeks of baling. All hay above 15 percent moisture will heat up within three to seven days, but this generally does not get to dangerous levels. However, if the moisture content is higher, it can cause problems, both to the quality of the hay, and also the risk of spontaneous combustion and fire.

We also have more information about fire safety on the farm, including storing machinery safely, keeping livestock safe from fire, and planning escape routes.

Fire safety on the farm